Religion plays a role in resuming conflict in Israel, but it might not be what you think

(RNS) – Violence between Gaza and Israel escalated this week to levels not seen in years, with Hamas firing hundreds of rockets at the Tel Aviv metropolitan area and Israel retaliating with heavy strikes on targets in the Hamas in the Gaza Strip.

The build-up of the current conflagration – some already call it a new “intifada” or “uprising” – began several weeks ago in a neighborhood of Jerusalem near the Old City, near the Al-Aqsa Mosque, l one of the holiest sites in Islam over 1200 years old.

While Muslims pray to Al-Aqsa year round, the mosque attracts even more worshipers during Ramadan. Wednesday (May 12) marked the end of Ramadan and the start of Eid al-Fitr, a joyous time for millions of Muslims concluding a month-long fast.

There is no doubt that the most extreme Jewish nationalists would want Israel to take back the Al-Aqsa Mosque because they say it sits on top of the ruins of the ancient Jewish temple, of which the only remains is the wall. western.

But apart from the context of conflict, faith is only tangentially linked to violence. Here is a quick explanation of the conflict of the past few days and the role, if any, of religion.

RELATED: Don’t Shoot Palestinians in Jerusalem. Talk to them.

Why did the Israeli police raid Al-Aqsa Mosque to begin with?

The Israeli government said police reacted after Palestinians started throwing stones at them. Palestinians say the fighting really started when police entered the mosque compound on Monday and started firing rubber bullets and stun grenades. More than 330 Palestinians have been injured. Israel said 21 of its officers were as well.

Palestinians clash with Israeli security forces on May 10, 2021, inside the Al-Aqsa Mosque in Jerusalem’s Old City. Israeli police clashed with Palestinian protesters at the holy site in the latest in a series of clashes that have pushed the disputed city to the brink of eruption. (AP Photo / Mahmoud Illean)

But the underlying tensions may have more to do with a series of clashes in the greater region of East Jerusalem, which was captured by Israel in the Six Day War of 1967 and is home to around 350,000 Palestinians. .

For weeks before the violence in mosques, Palestinians had protested against the threat of eviction of Palestinian families from the Sheikh Jarrah neighborhood of East Jerusalem. At night, they clashed with police and right-wing Jewish settlers.

These clashes are in turn part of a long legal battle over who owns the property. Some Palestinians were transferred to Sheikh Jarrah by the Jordanian government in the 1950s after fleeing their homes during Israel’s war for independence in 1948.

On Monday, the Israeli Supreme Court was due to decide whether or not to uphold the expulsion of six families from the Sheikh Jarrah neighborhood in favor of the Jewish settlers. The court has since adjourned the decision.

So it’s a land dispute?

On a large scale, yes. In Sheikh Jarrah, in particular, the dispute arose in the 19th century, when Jews living abroad began to return to what is now Israel and buy property from the Palestinians who lived there. The Jordanians took possession of the land between 1948 and 1967. The Israelis now claim that it belongs to them again.

The dispute in Sheikh Jarrah takes on political overtones because the neighborhood is part of East Jerusalem, which the Palestinians want to call the capital of a future Palestinian state encompassing the West Bank and Gaza. Many Israelis, whatever their opinion of a Palestinian state, believe that Jerusalem should remain “a Jewish capital for the Jewish people” and under Israeli control.

What does Hamas have to do with this?

Clashes between Israel and the Palestinians in Jerusalem have united Palestinians in the distance, as have wider disputes over their displacement and their denial of the right to vote by Israel. Hamas, the militant Islamist group that controls the Gaza Strip, located about 100 kilometers south of Jerusalem, sees itself as a defender of the Palestinians.

Hamas is basically an Islamic organization born out of members of the Muslim Brotherhood, and therefore also cares deeply about the Al-Asqa Mosque, which Muslims call the Noble Sanctuary.

Israel on Wednesday assassinated several Hamas commanders in retaliation for the rocket barrage on Tel Aviv, Ashkelon and Israel’s main international airport in the city of Lod. 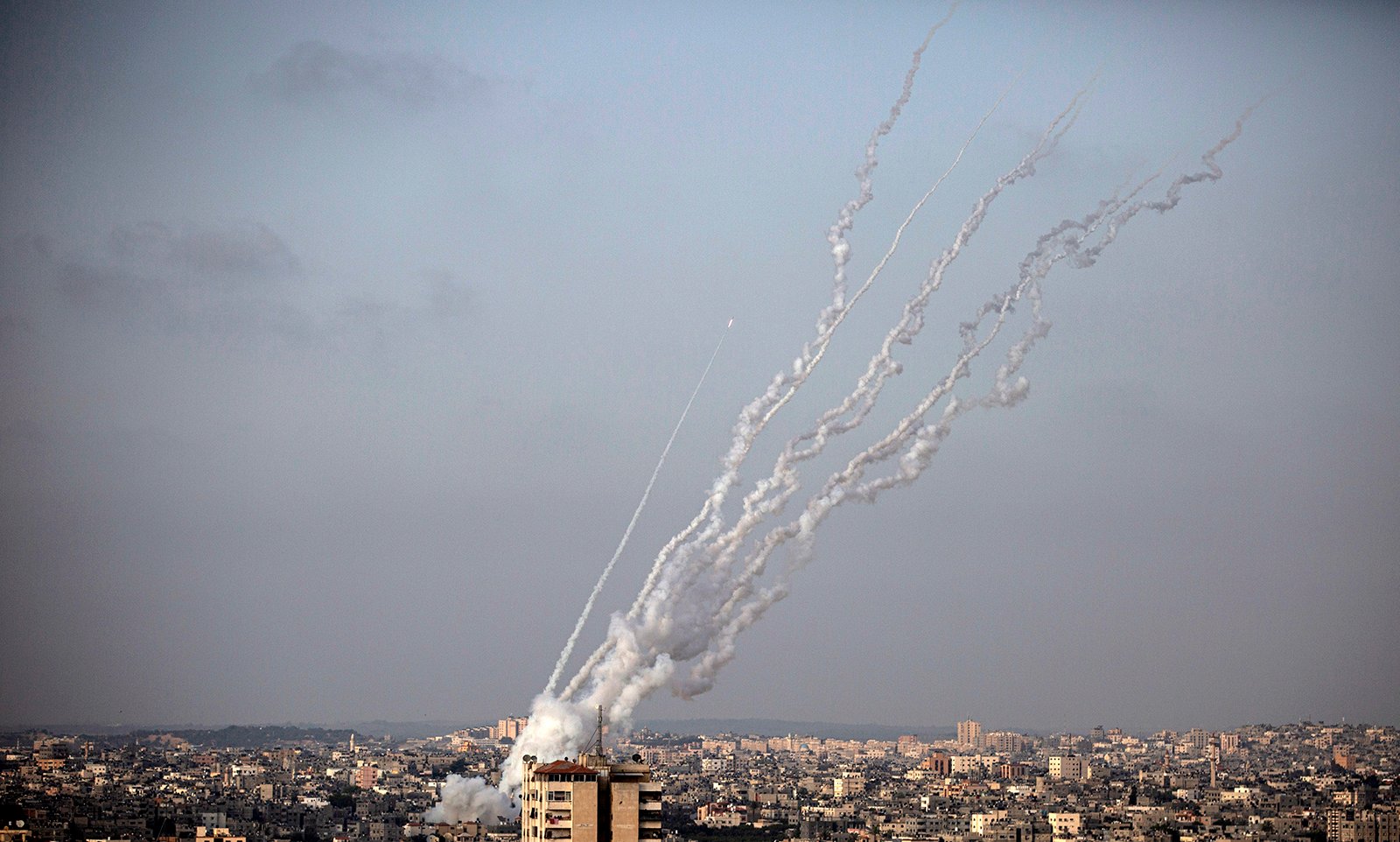 Rockets are launched from the Gaza Strip into Israel on May 10, 2021. (AP Photo / Khalil Hamra)

What role do Judaism or Islam play in this?

Basically, the Israeli-Palestinian conflict is a land dispute. But religion is often the agent of these disputes, opposing two different ethnicities and religions. No wonder these tensions tend to erupt around religious holidays, both Jewish and Muslim.

But Hamas’ main objective is not war against Judaism, but rather against Israel, which occupies land it considers inherently Palestinian.

As so often happens, exclusive claims to parts of the holy city often turn deadly.

RELATED: Violence at Al-Aqsa Mosque Leads to Rocket Fire and Airstrikes Between Hamas and Israel

Why We Released Morrison’s Address to the ...