VRINDAVAN, India (RNS) – In this great pilgrimage center of the Hare Krishna movement, Purnendu Goswami survives as a rare atheist.

Goswami, 44, heads the Bindu Seva Sansthan ashram in this northern Indian city which is considered sacred in Vaishnavism, one of the main branches of Hinduism. Dressed in a white robe like any local guru, the simple speaking Goswami organizes retreats and classes in Ayurveda, the traditional Indian healing practice, in what is, in this landscape, an exotic setting: a spiritual healing center for non-believers.

Hindus believe that Vrindavan is where the Hindu god Krishna spent his childhood in divine play, and the area is dotted with over 6,000 temples dedicated to Lord Krishna and his wife Radha.

As religious beliefs in India became militant under the influence of the ruling Hindu nationalist Bharatiya Janata Party, Goswami’s atheism became a threat from both godmen and local politicians.

Goswami, who comes from a Hindu family, once shared the feelings of Hindu pride in Krishna’s land. Goswami’s brother was once a popular religious leader in Vrindavan.

“We would wake up taking the name Krishna,” he said. “Our days were spent reciting ancient Hindu texts and preaching to thousands of devotees.”

As a teenager, Goswami was arrested as he joined a Hindu nationalist mob determined to demolish Babri Masjid, a historic Ayodhya mosque believed to have been built over an ancient Hindu temple. One of the first in a series of attacks against India’s Muslim minority population, the 1992 incident sparked some of the bloodiest anti-Muslim riots across India, killing over 2,000 people.

In 1995, the brothers founded an ashram in memory of their grandfather Bindu, a revered commentator on classical Indian texts who influenced Mohandas K. Gandhi and Indian political patriarch Jawaharlal Nehru.

“We were brought up in a very religious environment where literacy meant knowing the scriptures. There was no critical thinking as such, ”said Balendu Goswami, Purnendu’s brother.

But a few years after the ashram was launched, Balendu Goswami felt exhausted from his public religious commitments and retired to a cave for three years and 108 days.

“My brother spent his time meditating on the relevance of religion in everyday life by not speaking, hearing or seeing anyone or anything,” said Purnendu Goswami. “Around the same time, even I was feeling disillusioned with the exploitative and commercialized nature of religion. The shift to rationalism has been a slow process.

When Balendu Goswami came out of retirement, the demands on the brethren resumed, as thousands of devotees constantly asked them to provide solutions to daily problems. The need for answers they felt unable to give only crystallized their disbelief.

“It was like a devotional attack because we had started to question religious belief itself and exploitation based on superstition,” said Purnendu Goswami.

In 2000, they decided to completely transform the ashram. Age-old religious customs were eradicated, writing classes and religious rituals were stopped, and all statues of gods were removed. “Maybe it was God’s will,” said their father, Balak Ram Sharan, who supports his sons despite being a practicing Hindu himself.

Over the next 15 years, the Goswamis immersed themselves in travel, spiritual healing retreats, community service, science education, and heterodox schools of Indian philosophy. Their journey into rationalism culminated in a private meeting in 2015 with around 200 prominent atheists across India to discuss ways in which atheists can offer hope for the afterlife in this world without resorting to the religion. The meeting took place without opposition from the local religious community and even without the support of the local media.

The success of this gathering prompted the Goswamis to convene the first public conference of rationalists in their ashram, inviting speakers from across India to meet in October 2016.

Before the conference could convene, Hindu nationalists, armed with sticks and stones, attacked the ashram and demanded that the Goswamis be arrested.

Swami Phool Dol Das Maharaj, a saffron clad guru from Vrindavan who was among those who protested outside the ashram, said: “Swami Balendu claims that all scriptures are fictitious and intended for entertainment purposes only. His statement is against Hinduism, and he should be banned.

Mohammad Umar Quadri, Shahi Jama Masjid’s Imam from Mathura District, said Balendu Goswami was a “publicity seeker” who was not allowed to hurt the feelings of believers. 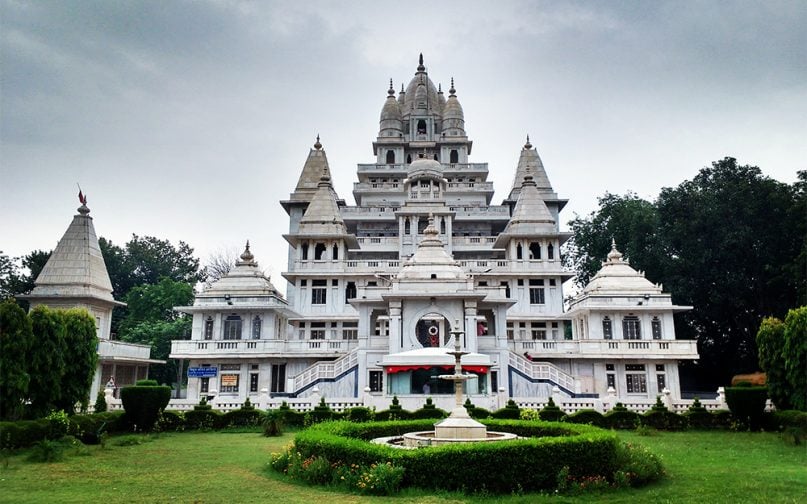 The famous 11-story Pagal Baba Mandir is one of the many Hindu temples around Vrindavan, India. Photo by Rishabh Gaur / Creative Commons

The district administration sided with the nationalists and asked organizers to cancel the conference, saying it could hurt religious feelings.

Even after the Goswamis complied, the wave of protests and threats spread through social media.

“Atheists are deviants who need to be rehabilitated,” said Neeraj Shastri, a chief priest at the Hindu temple of Prem in Vrindavan recently. “Vrindavan has place only for the believers of Radha and Krishna.”

Nikhil Goswami (no parent), a priest at the famous Banke Bihari temple, said: “We will never allow any atheistic influence here. Pilgrims are guided by faith, not its absence. “

As religious intolerance grew, Purnendu Goswami encouraged his brother to leave India for Germany, as he retired from public life, devoting his time to schoolwork and community service.

In previous years, several outspoken rationalists – Narendra Dabholkar, founder of the Committee for the Eradication of Superstition in Maharashtra; the progressive scholar MM Kalburgi; and Communist thinker and politician Govind Pansare – had been assassinated, believed to question religious beliefs and discrimination in Hinduism. (In 2017, journalist Gauri Lankesh was also reportedly assassinated.)

“Like them, Balendu should have paid the price for making his disbelief public,” said Chaman Lal, a retired professor at Jawaharlal Nehru University in New Delhi. “State actors were clearly collaborating with religious leaders to eradicate humanism and scientific research.”

Ashutosh Kumar, professor of Hindi at Delhi University who had come from Delhi to Vrindavan to attend the Goswami conference, said: “It is becoming more and more difficult for rationalists to counter the hypernationalism of religious fundamentalists. .

In April this year, Pragya Singh Thakur, Member of Parliament BJP, accused atheists of accusing her of participating in the Malegaon attacks, in which six people from Maharashtra were killed in 2008. 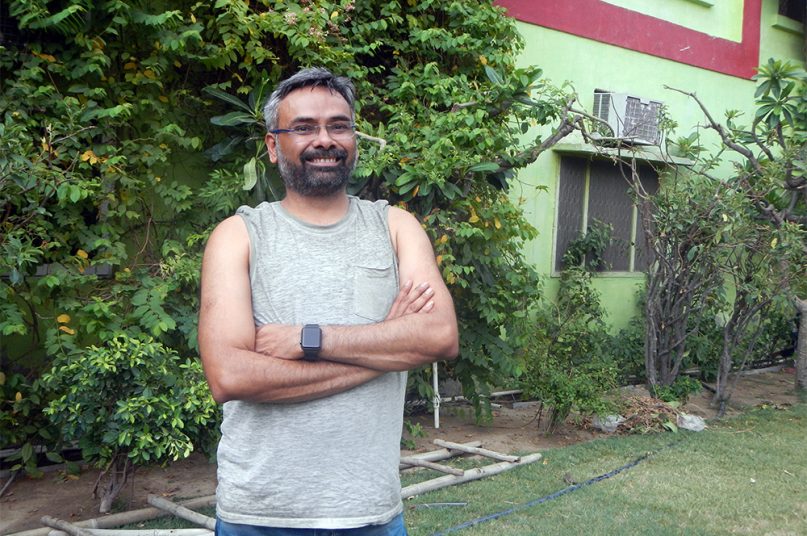 Purnendu Goswami outside his ashram in Vrindavan, India on June 11, 2019. RNS photo by Priyadarshini Sen

Despite the dangers, Purnendu Goswami continued to fund his rationalist experiments in Vrindavan by running an Ayurvedic restaurant and organizing Ayurvedic retreats, yoga sessions, and cooking classes. He believes this will help him protect his ashram as a healing center with an atheistic worldview, where humanism, reform, and research are encouraged.

But the center of its work remains its school for disadvantaged children, where 200 pupils are currently enrolled. In addition to education, he provides them with free food and clothing.

“This is my religion,” he said, cradling a 3-year-old student cherub who lives in a nearby slum. “Men of God exploit the blind faith and insecurities of people in the name of religion. I want to serve my community.

At school, Goswami prohibits all forms of corporal punishment and instills a scientific approach in his students, transcending religious, class and caste boundaries.

“Faith for me is love without discrimination or prejudice. Religion only makes people narrow-minded, ”Goswami said. “It is only when children receive an education without religious dogma that they can become thoughtful and empathetic citizens.”

The children call him “Swami” – their rationalist teacher who introduces them to the religion of man.

Atheism, race and free thinker at the ...